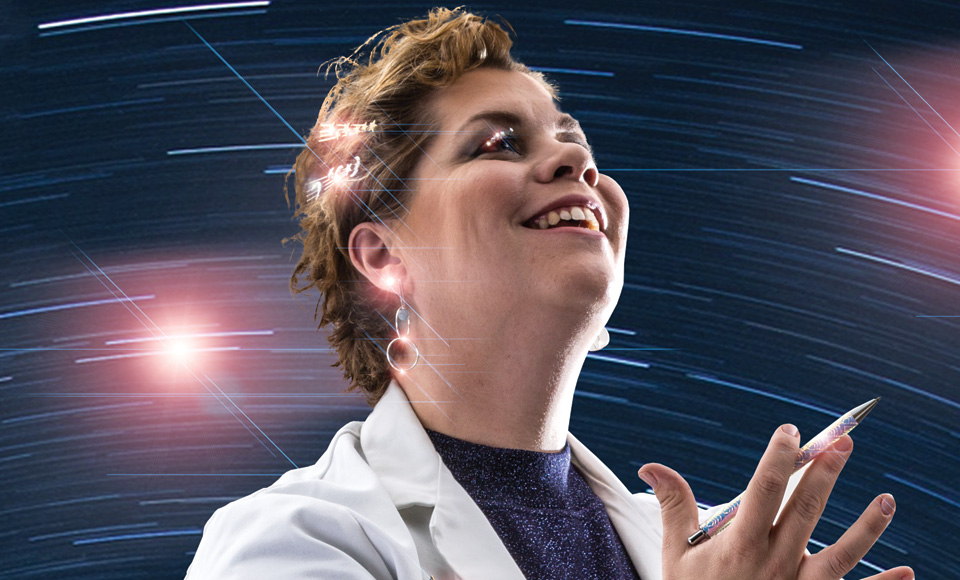 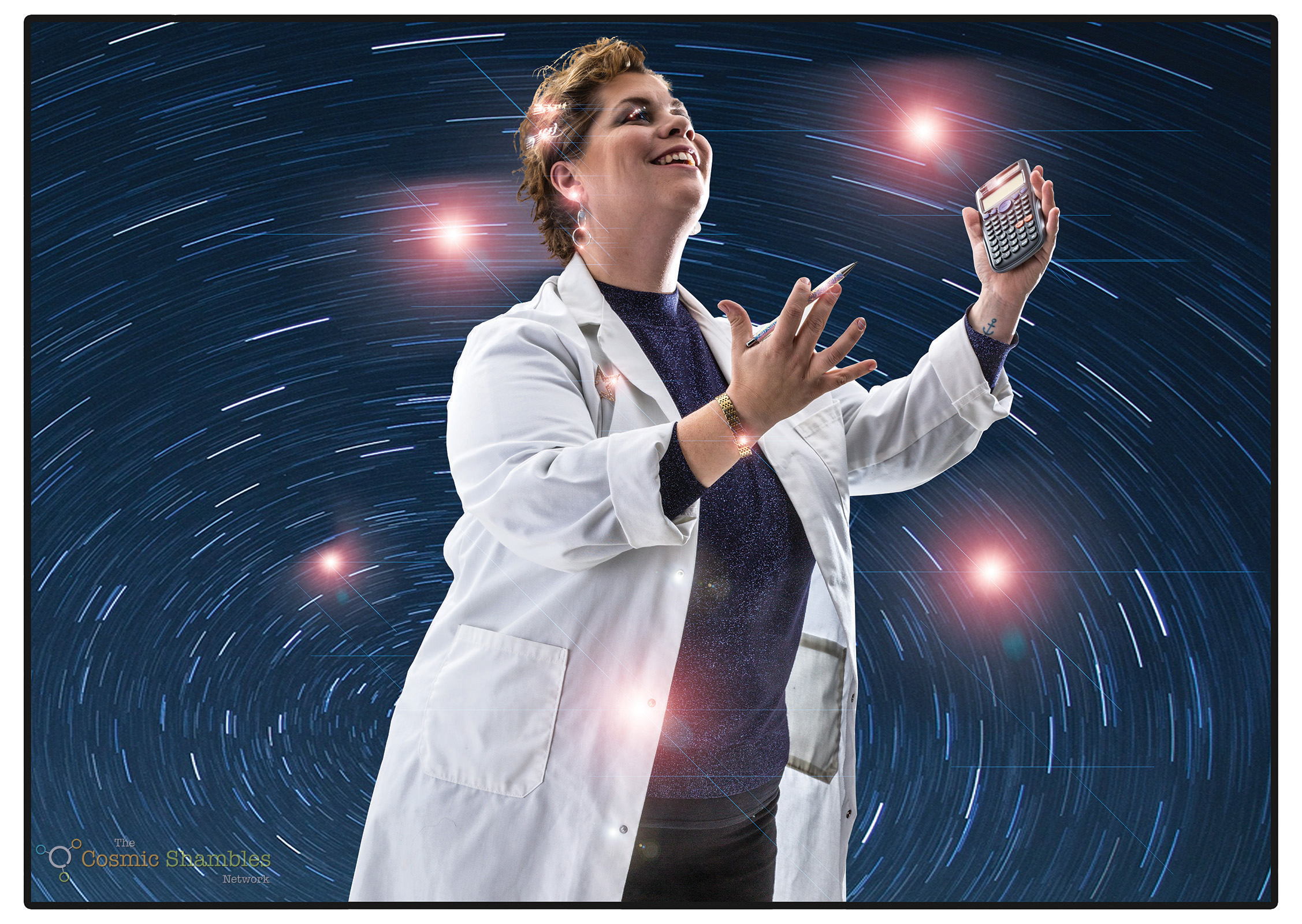 “Let’s exploit everyone’s potential in every field and we’ll progress so much quicker”.

Katy is an award-winning performer perhaps best known for Katy Brand’s Big Ass Show which ran for three series on BBC TV. She has appeared in a huge range of live shows, television series and films including Peep Show and Nanny McPhee Returns. She is also the author of the novel Brenda Monk is Funny and holds the prestigious honour of having the most guest appearances on The Infinite Monkey Cage.

Well I have slightly fraudulently chosen to be a super space scientist; I am not a space scientist on any level whatsoever, barely scraped GCSE maths, but these women that I admire [who] have been a huge part of the story of space travel and space science since it began have really inspired me. I did my …the most recent show that I put on was called I Could Have Been an Astronaut and is all about my amateur hobby and my love of space and astronomy and how I wish I’d been better at maths because then, maybe, I could’ve done something with my hobby and I could’ve been part of this sort of incredible…just the future of humanity.

Well, some of the women…I mean, there’s a great picture that sort of goes around every now and again of Margaret Hamilton, who was one of the space scientists, one of the people who wrote the code for the Apollo mission, standing – and she wrote it all by hand – standing next to the stack of books with all of her handwritten code, it’s as high as she is, so she’s obviously an incredible figure, and people like Peggy Whitson, who was a world record breaking astronaut, American astronaut, who’s commanded the ISS several times, she’s 57 years old, she held the record for the most consecutive days in space…really accomplished, incredible astronaut and scientist. I watched a documentary recently about the Cassini mission to Saturn and I didn’t realise until I watched it that so many women were in charge of that, people like Julie Webster, who was the kind of main engineer behind the Cassini space mission, and, you know, they’re just doing their jobs and they’re brilliant at their jobs, and it just sort of just so happens that they’re women and I’m just mindful of the fact that in the past women wouldn’t have been allowed any part of it and yet think how we would’ve suffered without their genius and their brilliance, you know, some things may never have even happened.

Yeah, I think on every…almost in every genre in every discipline from the arts, media, you know, science, there are lots of hidden women and forgotten women that need to be brought to the fore and given a lot of attention and to be celebrated. But also the thing that I find that bothers me, actually, is all of the women throughout history that had incredible potential and were never allowed to realise it cause they weren’t allowed to be educated or to work or to even leave the house. Some women in the world still live like that and, you know, what we’re missing out on as a human species is we’re not exploiting everybody’s potential because there’ll be geniuses out there hidden, you know, people say look at the incredible progress was made as a species over time, you know, we’re the only species in the history of the world that’s managed to leave our planet, all that kind of thing, and, yes, that’s true, and I just sometimes think how much sooner we’d have reached that point if we’d been allowed to exploit all the geniuses out there except for a very small band of people based often on their race and gender. You know, let’s spread it out to everyone, let’s find everyone, let’s exploit everyone’s potential in every field and we’ll progress so much quicker.

I think every year, the A level results, the GCSE results come out and every year it seems there’s a similar story that girls are not doing physics and maths to a higher level, the applications for university are down, or certainly compared with boys, but I definitely think with more role models out there and with more social media you know this picture of Margaret Hamilton with her handwritten code gets tweeted all the time. So the sort of images of women and we’re watching documentaries with women just talking about their work and I hope that girls who are interested in maths and physics and sciences will find those people an inspiration because I definitely think we’re learning more about them and this idea of STEM and getting more girls into STEM  – I mean, before I did my show in Edinburgh this year which is about being an astronaut and not being very good at maths, I’d never really heard of STEM, I just thought it was another British grime act I’d never heard of. But then I started to see it in relation to my own name so I paid more attention obviously and realised what it was and saw what it was and I think you know, so many people came to my shows, so many women would come up to me afterwards and say, I’m a maths teacher, or I’m a physics teacher and I really want to get the girls involved and get them excited about it and I think that’s all very, very heartening.