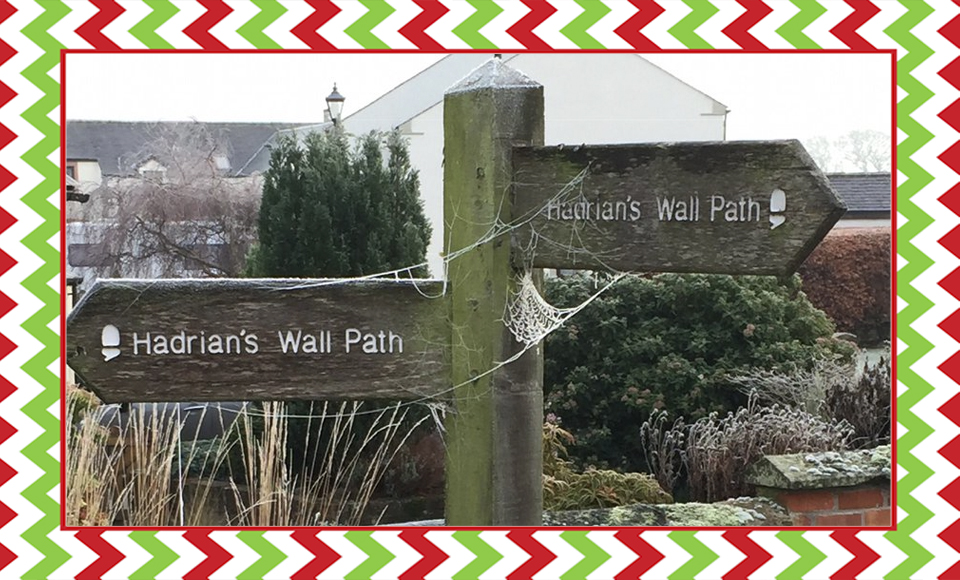 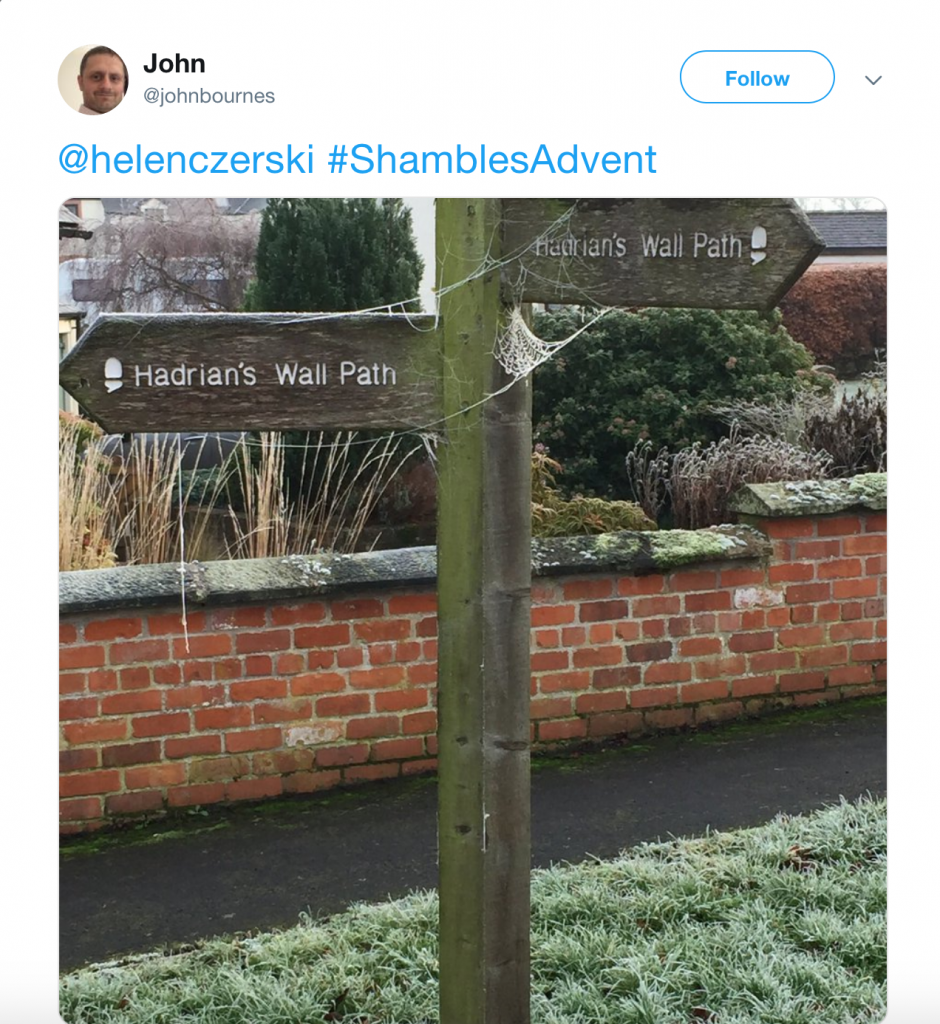 Thank you to @johnbournes for today’s photograph.  I love these signposts, and this one is even better than normal because it’s got those beautiful cobwebs on it.  We know (mostly from personal experience) that spider web is sticky.  That’s useful for the spider, because it makes it easier to trap lunch, but it also presents a problem.  The spider has to get to its victim without getting stuck in its own web.  How does it do it?

Spider silk is fascinating in all sorts of ways.  Most spider species produce more than one type, and the silk that comes from each different gland is optimised for a different role.  For webs, the spider uses two types of silk.  The first is the super-strong material that provides the structural strength of the web, and this is mostly used to make the spokes (the lines stretching out from the centre), which hold the web in place. But the spiral that snakes around the centre and joins the spokes is made from a different type of silk.  It becomes sticky because the spider deposits blobs of glue on it (from yet another type of gland).   At this point, spiders start to seem like walking chemical factories, with a convenient range of materials quite literally on tap.  Eat your heart out, 3D printer manufacturers!

The spokes of the web aren’t sticky, so the spider can easily scoot about on those without worrying about entrapment.  But they still need to cross the sticky trap lines sometimes, if only to disentangle their prey.  The jury is still out on the details, but there seem to be three things that help them out.  The first is a coating on their legs, which won’t stick to the glue easily.  The second is their hairy legs, covered in mini-bristles.  That means that only the tips of the bristles are in contact with the glue, so it’s easier to pull the leg away.  The third thing is the way they move their legs, chosen to minimise the amount of their leg in contact with the glue, and to pull the bristles straight out, rather than sideways.   This combination seems fantastically sophisticated for a small eight-legged hunter, but it works.

So before you sweep the cobwebs away when you’re having a clear-out over the festive period, spare a thought for the natural engineering that’s gone into those webs.  Perhaps see whether you can tell the difference in stickiness between the spiral and the spokes – I reckon you could try that by touching them with a needle or something similar.   I’m certainly going to be much more excited next time I see a web – I might even try encouraging a local spider to set up shop on my balcony, just so I can watch the web engineering in action!

Read the rest of #ShamblesAdvent here