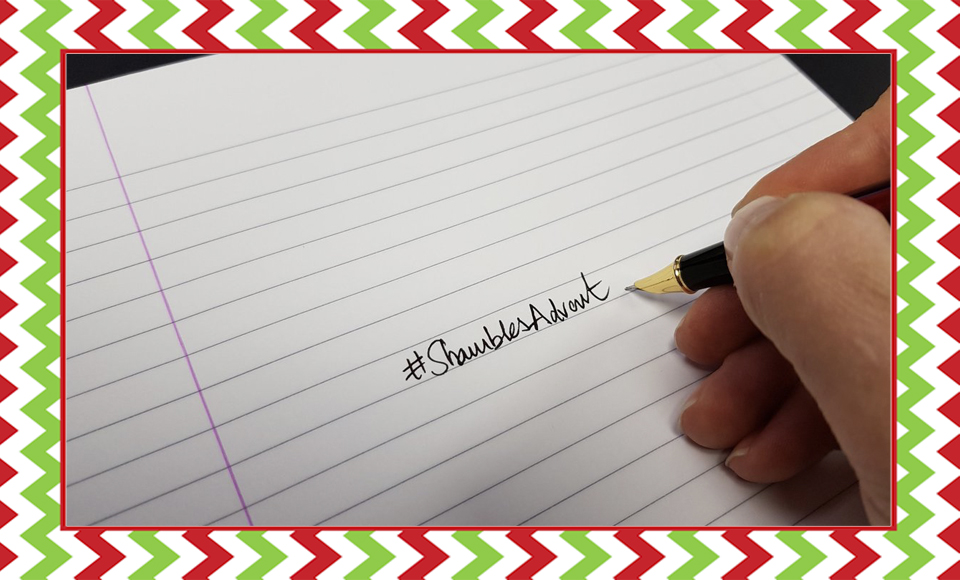 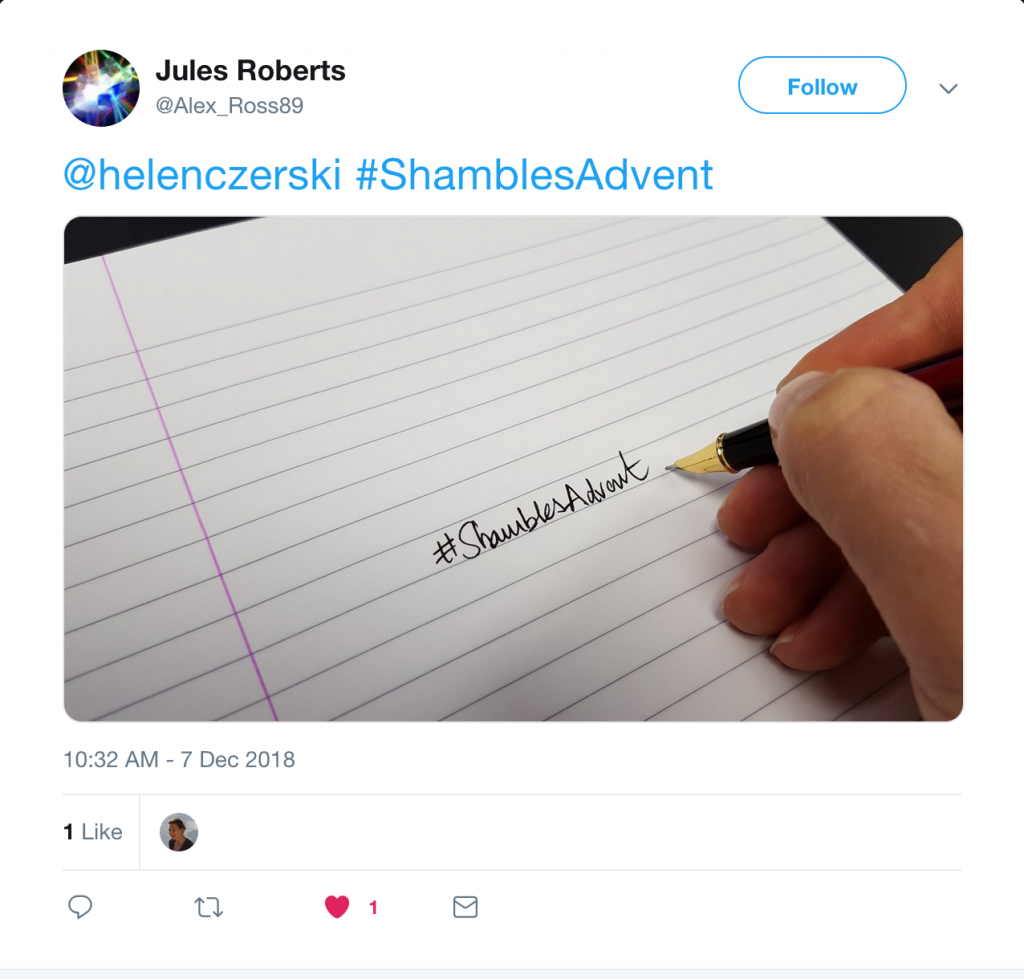 It looks as though @Alex_Ross89 is a fan of calligraphy, and it’s lovely to see a hashtag that isn’t on a screen.  The proportion of us who still pick up a “proper” fountain pen on a daily basis must be pretty low, but even the most hardcore fans of an online life still have paper in their lives.  Books, receipts, birthday cards, menus, craft materials and certificates… there’s something about the feel and aesthetics of paper that can’t be replaced.

But for all its variety, paper is beautifully simple when you get down to brass tacks.  It’s almost completely made up of cellulose, the most abundant natural polymer on Earth.  Globally, plants produce about 1500 billion tons of cellulose each year – read that back, because it’s a gigantic number.  And all of those billions of tons are made from one very simple building block linked end to end, again and again and again: glucose.  It’s a small ring molecule (a sugar) made of six carbon atoms, 12 hydrogen atoms, and 6 oxygen atoms, and it’s built by plants.  A plant is just a factory for this fundamental process – using sunlight to convert carbon dioxide and water into sugar.  And then individual glucose molecules were linked together into chains to form cellulose before being incorporated into the structure of a tree.  And there it stayed, until the tree was harvested to produce this paper.   So the paper in this picture, and every other piece of paper you see around you, was built by plants from air and water.   Cellulose is a spectacularly successful molecule, and like all the best successes, it’s so good at its job that we barely ever notice it.  But isn’t it fantastic that paper actually does grow on trees?