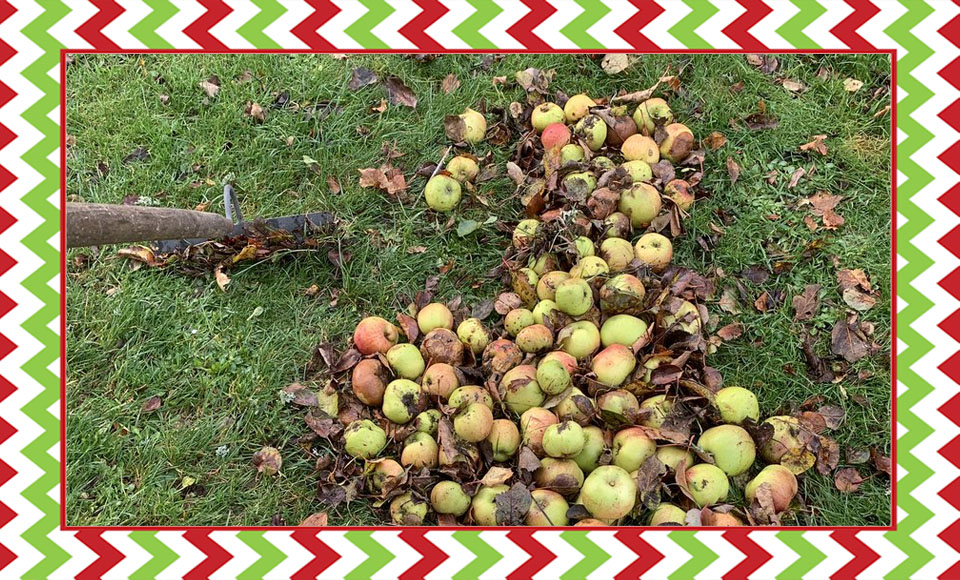 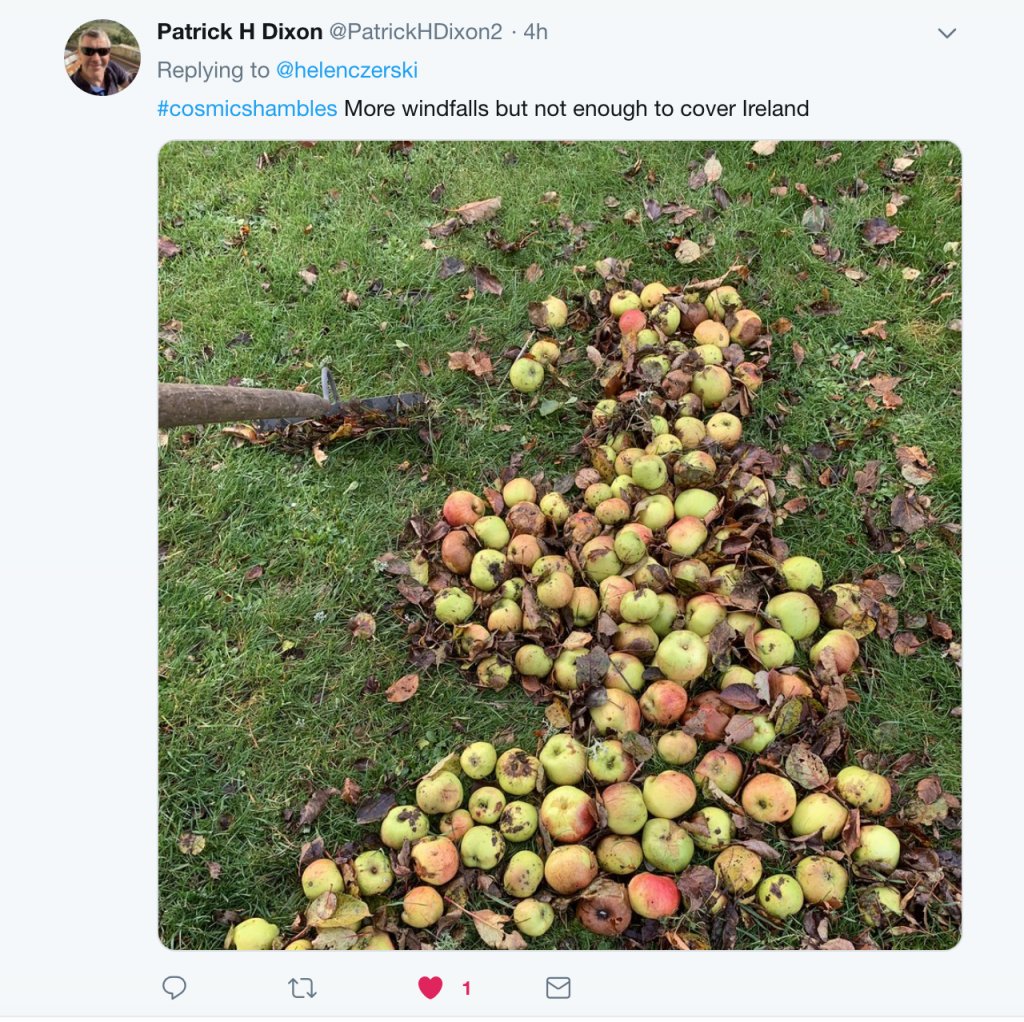 Thank you to @PatrickHDixon2 for the picture of these windfall apples.  Apples are brilliant in all sorts of ways, but they’ve got one particular very useful characteristic.  If you were to take one of the small-medium sized apples from that pile and lift it up to about the height of your belly button, you would have given the apple one joule of energy.   We talk about energy all the time in units of calories and joules and kilojoules, but it’s really hard to visualise what any of those actually are.  And this is where the apple comes in handy.  A small-ish apple has a mass of about 100 grams (or 0.1 kg).  When we lift the apple off the ground, we have to move it against gravity, and lifting 0.1 kg through a height of 1 metre requires one joule of energy.  If we were to drop the apple from that height, all that gravitational potential energy would be converted to movement energy, and so one joule of movement energy is what the apple has just before it hits the ground.   A joule isn’t very much at all, and so the energy measures that we see on the side of food packets are in kilojoules, a thousand times bigger than a joule.  One kilojoule (KJ) is the energy needed to lift one thousand apples up by one metre.  I’ve just had a look at a bottle of maple syrup that happened to be on my kitchen counter, and it says that 100 g of maple syrup contains 1150 KJ.  That’s enough to lift just over a million apples up one metre, or perhaps to lift a thousand apples up by a kilometre.  The average human daily energy requirement is about 7500 KJ, equivalent to the energy needed to lift a ton of apples up by 750 metres.

This sounds like a ludicrous comparison – what are our bodies doing with enough energy to lift tons of apples into the sky?  The answer is partly that just moving things around the human body (blood, food, air etc) is pretty energy-intensive, and partly to do with maintaining our body temperature. We’re mostly water, and heating up water takes a tremendous amount of energy.  But you can only start to appreciate what the energy use really means once you’ve got a handle on what a joule really is.  And all you need for that is an apple.