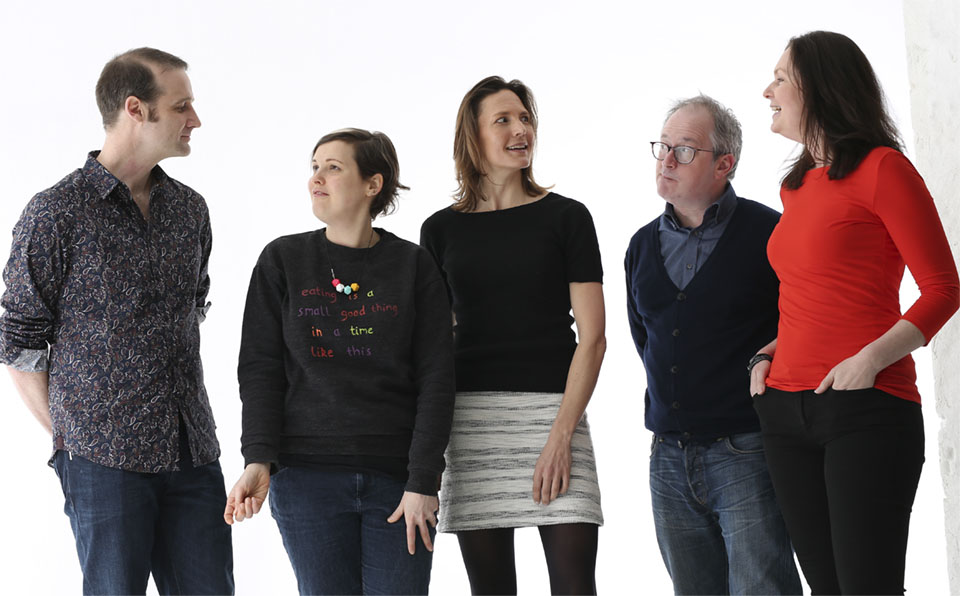 The Soupy Hoopla: Science, Comedy, Music and the Arts

Notes in the Guestbook - by Melinda Burton

Over the last few weeks, Cosmic Shambles producers Trunkman Productions have busy working on a myriad of things, producing a new batch of maths videos by stand up mathematician, Matt Parker, screening of a documentary they produced about the mysterious missings of the bust of famous humanist and science enthusiast, Moncure Conway, frolicking with wide eyed puppet versions of some well known friends in a new film (you’ll see it soon) and of course, prepping for our upcoming Cosmic Shambles LIVE Tour in Australia and New Zealand that starts on 28 March in Sydney. On the plane tomorrow, we can’t wait!

For those unfamiliar with what we do, for almost the last decade now, Trunkman have been working closely with the indefatigable Robin Ince and a huge bunch of scientists, science communicators, musicians and other comedians on a variety concept borne by said Robin. Yes, we’ve gotten involved in all sorts of things that you may instinctively want to label as science 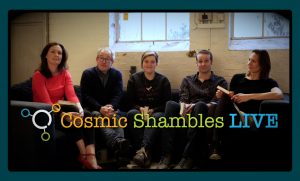 or the arts (eg quiz nights might feel like “science”, and live shows featuring comedians may feel like “the arts”), but actually, we most often and most comfortably sit right in the junction, celebrating the connections between the two, and though that may feel odd and new, revealing the crossover is fairly old hat. In fact if Da Vinci had a hat, this would be it i.e. if you stumbled onto one of his notebooks, you’d probably find the doodlings of vitruvian man next to scratches of his latest flying machine and the faint outlines of that famous smile scrawled right across the middle, because ideas don’t come in neatly separated boxes with labels, (at least mine don’t), they’re often all jumbled together and feed off each other, no matter the genesis or jargon (side query – if it was called standup comedyology, would it be less appealing? Language can be such a curious and arbitrary barrier).

An article in today’s Guardian in fact referred to this point, citing rivalry of programming between science and the arts and that, following a build up of great science shows recently, the lion’s share of airtime must now return to the arts. As if there were no “creative voice[s]” in generating scientific ideas and concepts, and no “equations and formulae” involved in making great art. Like I said, it’s all just interesting ideas, right?

Now, we’ve been describing the Cosmic Shambles LIVE show as a big mushed up bowl of comedy, music and science, high in silliness, curious ideas and general merriment and following the sentiment above, but to further expand on what to expect, here are some more tips on what the show is. 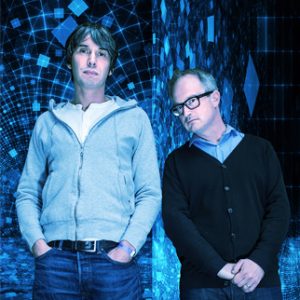 Let’s hark back Robin’s previous shows of this ilk in the UK. If you know someone who may have seen the Ernie and Burtery (and friends) of Robin Ince and Professor Brian Cox’s Christmas Compendium of Reason shows at Hammersmith Apollo in London over the last 8 years or so (next one 1st December) they’ll tell you that it’s the bigger, sillier parent of Cosmic Shambles LIVE. It’s a ridiculous whizzbang mix that talks (and sings) up the weird and wonderful universe we live in and its only aim is to entertain. I’ll never forget genetics Professor Aoife McLysaght unsettling the audience one year, when she explained the facts about fig wasps and the likelihood of finding one in your fruit, or the time when Hugh Grant suddenly appeared on stage offering hummous to Ross Noble, or the time the Robin and Brian puppets danced to The Cure, with The Cure. The complimentary flavours of each performer, no matter the genre, are held together by the staple base of “the idea”, and what a delicious mix it makes.

For those less interested in food based imagery, here’s a Q&A of the some of the more interesting questions we’ve gotten about the tour with some facts from past shows:

Q: Will the scientists be singing?

A: Not necessarily although the whole cast has sung Ole! Tarantula with Robyn Hitchcock (and danced to New Order and The Cure of course) so anything’s possible.

Q: Are the musicians going to be singing about science?

A: Sometimes. Check out Helen Arney, Jonny Berliner, Gavin Osborn and Jonny and the Baptists from previous shows. Sam Perry, joining us for Cosmic Shambles LIVE in Perth, also uses some fun tech, brought to you by science.

Q: Are the scientists doing stand up?

A: Well, stand up mathematician Matt Parker has been known to use certain foodstuffs to calculate Pi so be prepared for some tasty maths. 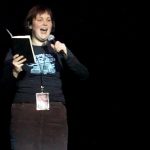 Q: Will the comedians only be talking about science then?

A: No, but Josie Long once splendidly rewrote Charles Darwin’s diary, all about his curiosity and wonder at the natural world turning into a deep desire to eat everything he found (can’t seem to get off this food train, apologies).

So, what we are bringing you is a cacophony of curious minds at work, a chocolate box with surprising and amazing centres to ponder and delight. A laugh, a song, and a few amazing ideas, that’s the modus operandi and if you can combine all three, like Festival of the Spoken Nerd ‘s love song about cryogenically freezing Walt Disney for example, then all the better.

Now, one last go before we finish, because we should always try to look at things in different ways. If the concept still feels impenetrable, try this. Think of your favourite three things to do. Skydiving? Cooking? DIY? Oh, how different these are, says someone, no one would ever like to do all three, they’re so different and separate and the idea that someone would like all three feels hard to imagine. But they’re really not different, you say, only on the surface. I get the same thrill of trying something new and daring from all of them….

So trust us, our dear antipodean friends, take a punt, be a pioneer, be part of history, (we’ve never brought these shows outside the UK in the ten years they’ve been running) and come along and you won’t be able to help yourself from enjoying our singy, sciency silliness. We can’t wait to welcome you all.

Melinda Burton is a director of Trunkman Productions and an acclaimed director and producer. Originally from a background in the theatre world, she has produced and directed numerous plays, live events and short films and recently directed the The Quest for Wonder series for Cosmic Shambles.  She is a former board member for Rewrite charity and currently serves on the board of the world famous puppet theatre, Little Angel Theatre.